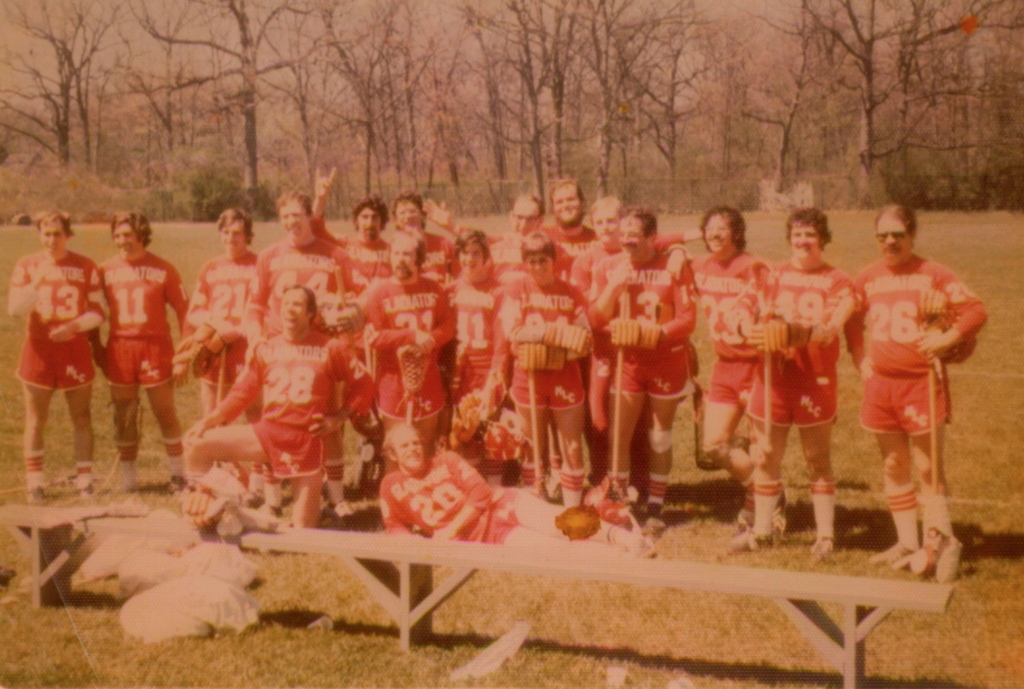 The sport of lacrosse in Wisconsin has a unique history which began on the other side of the country at the University of Arizona. Bruce Tully, the man accredited with starting not only the University of Wisconsin Men's Lacrosse Team, but being the spark for sport throughout the Badger State, spent his college years as a Wildcat and a part of the first varsity lacrosse team in the NCAA, and the nation¹s second collegiate level team behind the Air Force Academy. Upon completion of his undergraduate degree at Arizona, Bruce decided to pursue a Masters of Science degree in landscape architecture and environmental science from the University of Wisconsin. After graduation in the spring of 1974 Bruce realized how much he missed the game of lacrosse and saw an opportunity to introduce the sport he loves to a new generation of athletes. "I would create the opportunity to play lacrosse in Wisconsin."

Bruce utilized his strong ties to prominent members of the University system in order to inquire about funding for the team. Bruce held a meeting with the director of the UW Alumni Association Arley Mucks and Athletic Director Elroy Hersh to sell his vision of Wisconsin Men¹s Lacrosse. Both men were highly supportive of the idea, and Mr. Mucks supplied Bruce with the necessary information to raise the funding he needed; a list of strong athletic backers in the greater Madison community and the businesses they were associated with.

Area businesses began to be searched for community members who saw a future in the sport of lacrosse and were willing to help bring Bruce's dream into reality. He received the financial backing to begin to fully equip a team of 35 players from various businessmen including the original owner of the Howard Johnson Hotel (now the Double Tree Inn); the Goodman brothers, owners of Goodman¹s Jewelers on State Street; along with numerous other businesses, which included local banks and real estate firms.

In 2010 a fourth separate team that plays in the MCLA league was begun. In 2014 the MCLA team disbanded and rejoined the GLLL team. 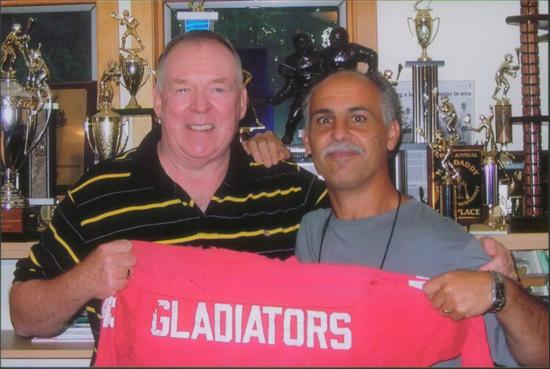 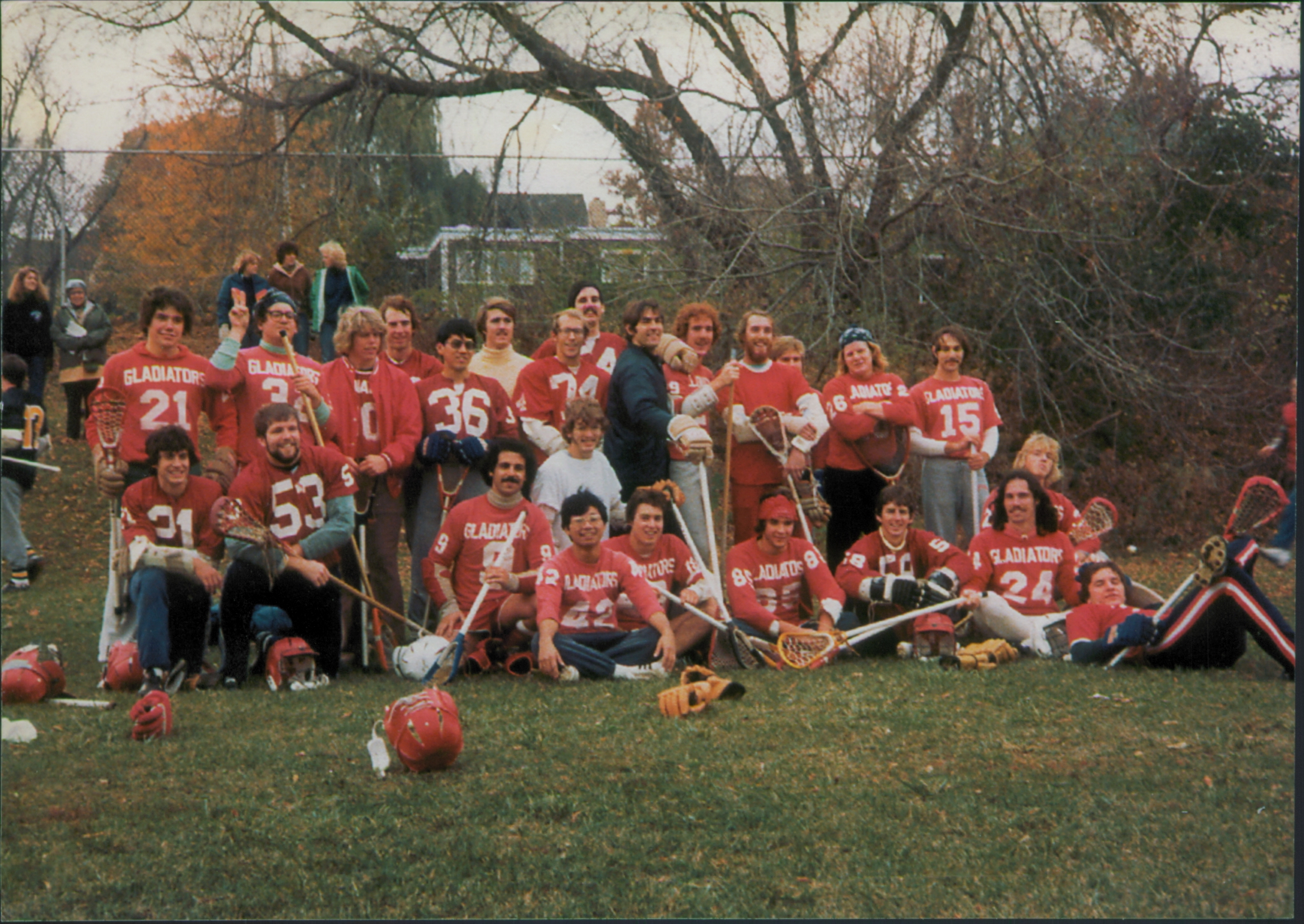 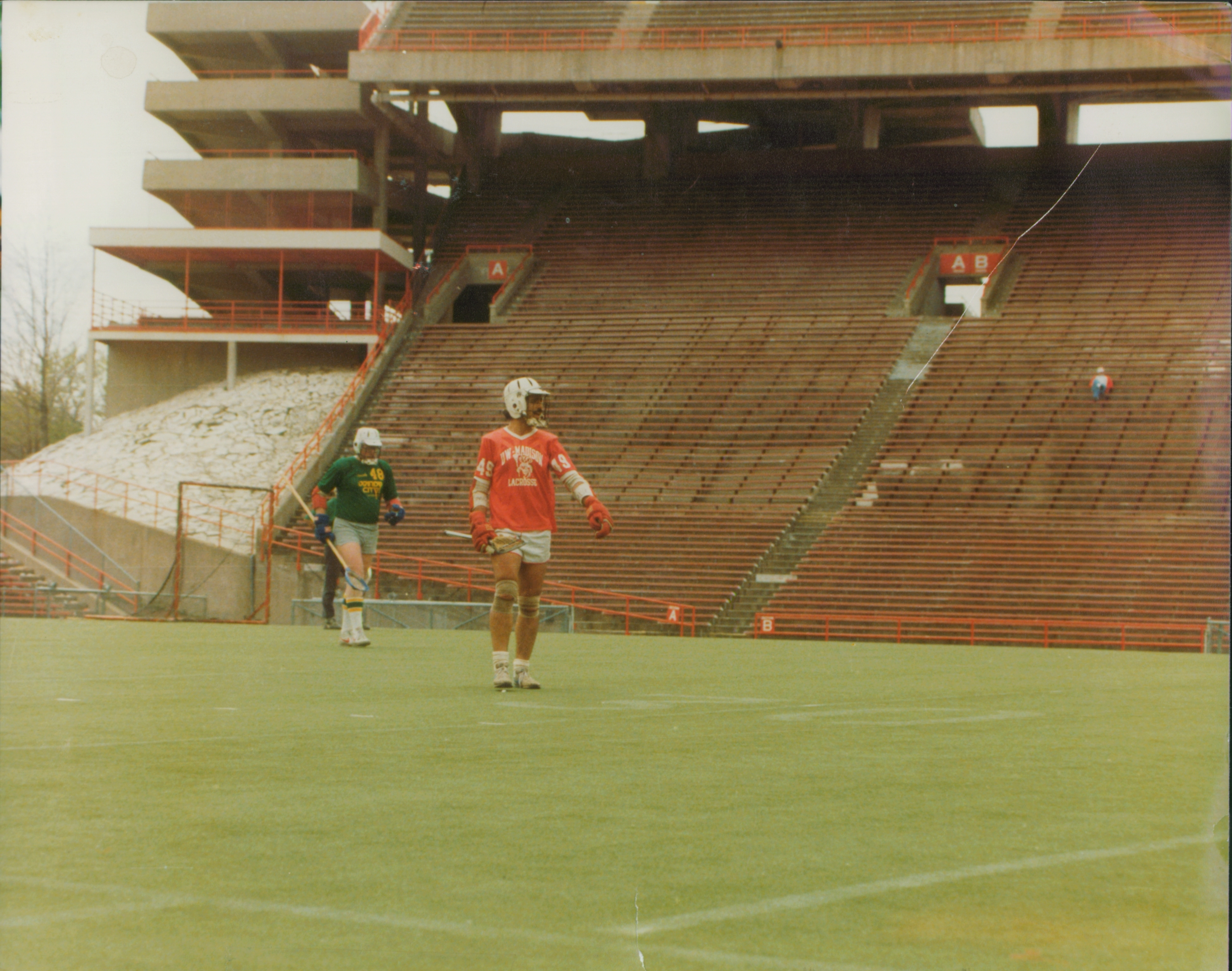 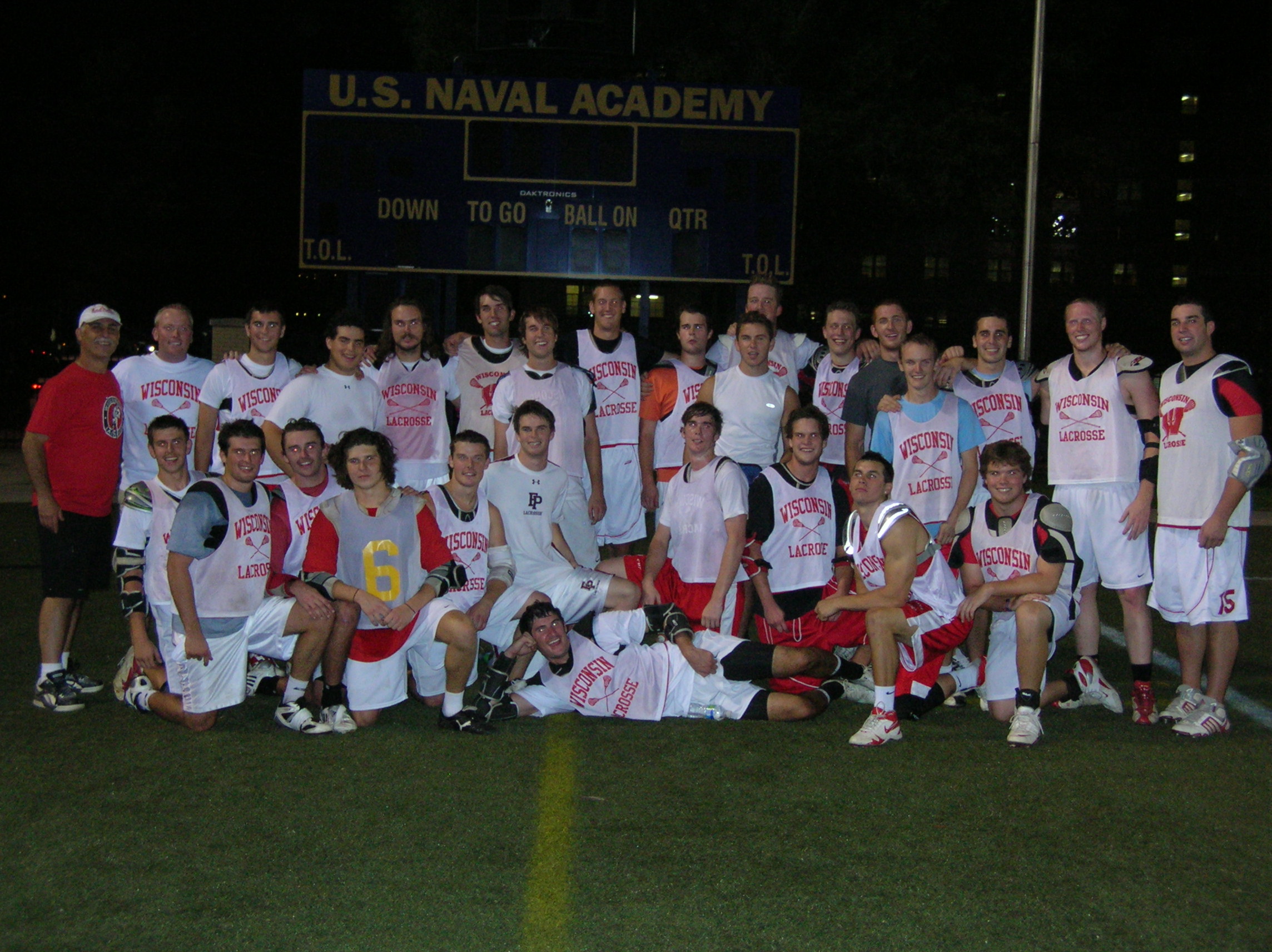 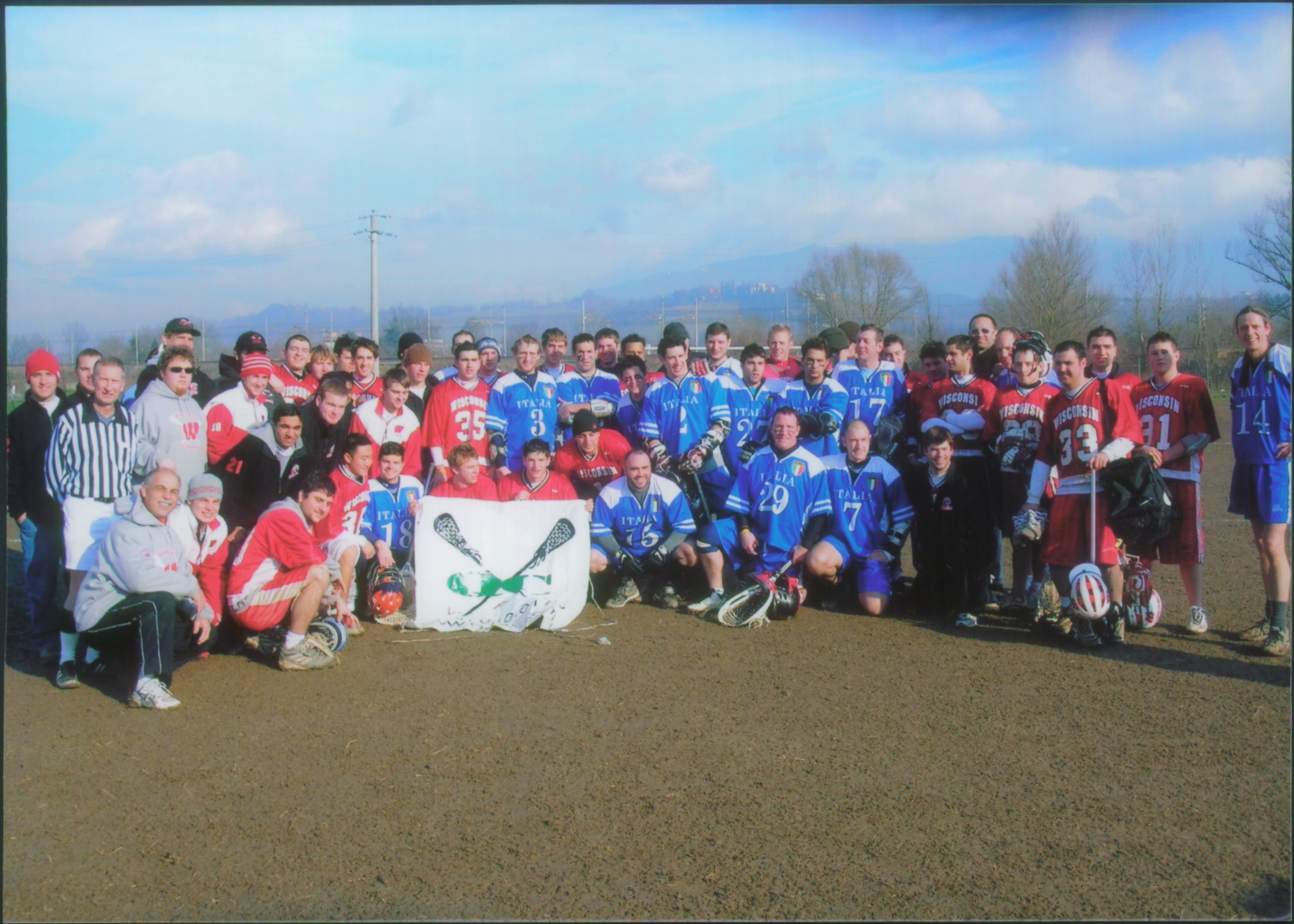 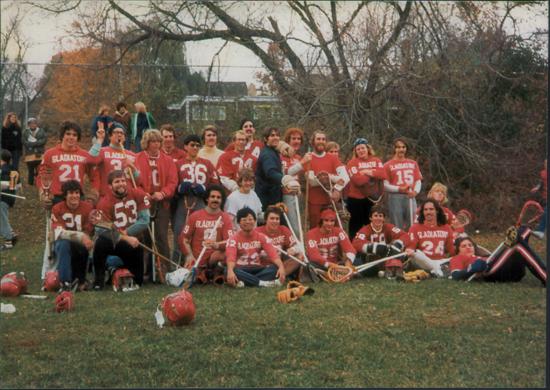 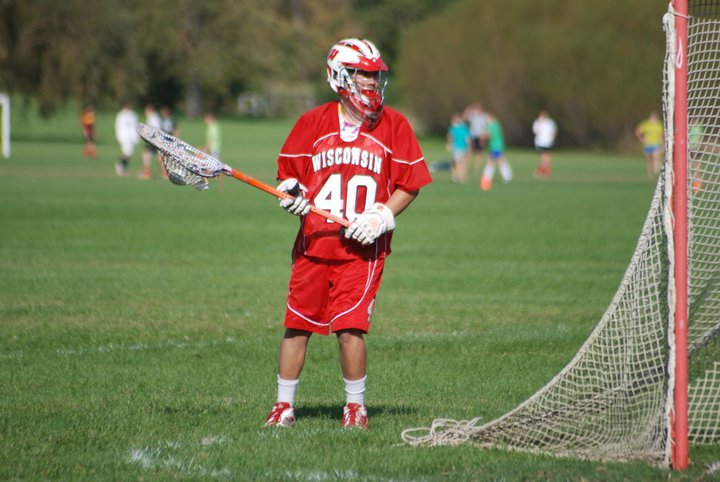 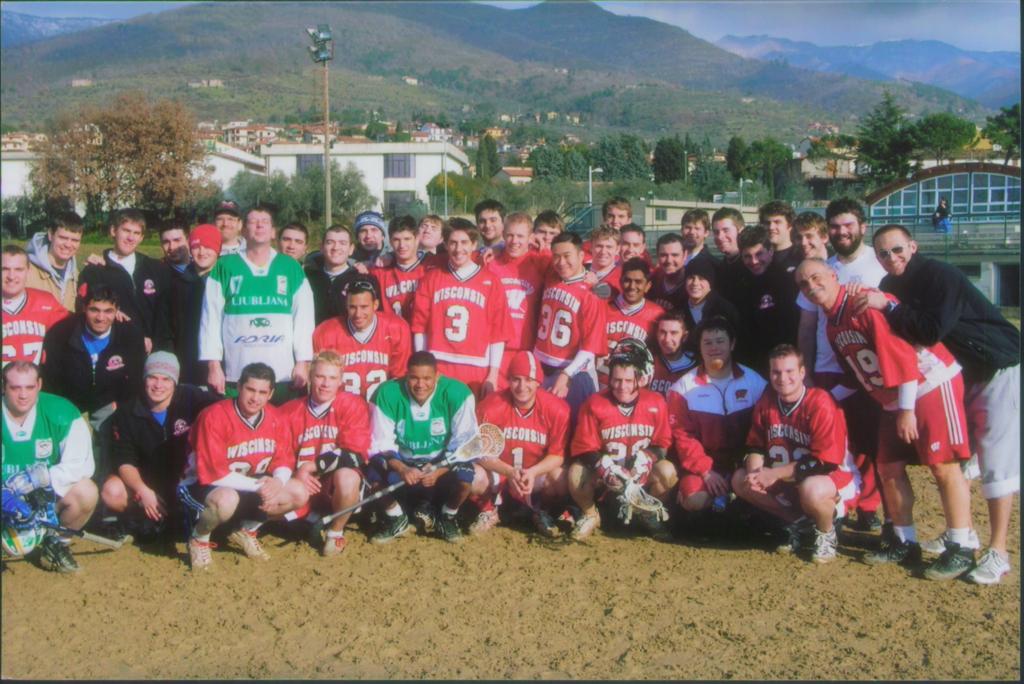